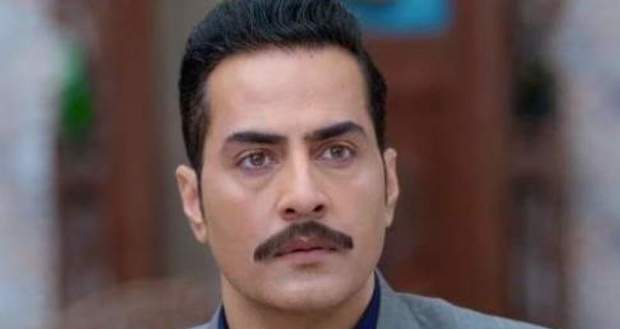 Today's Anupama 11 March 2021 episode starts with Vanraj rebuking Samar for pushing Kavya while Anupama announces that he pushed her so that Sweety wouldn't see her and get angry.

Samar talks against Vanraj while Anupama and Vanraj tell him to go to his room.

Samar apologises to Kavya saying that he was just concerned for Pakhi and goes while Vanraj tells Anuoama that he has the right to hit him if he does anything wrong.

However, Hasmukh tells him to remember what he said when he makes a mistake.

Later, Kavya does emotional drama and hugs Vanraj while Leela sees them.

Elsewhere, Kinjal and Samar tell their suspicion to Anupama that Kavya might be planning something.

Leela rebukes Vanraj and tells them to find another place to stay if they want to be intimate.

Anupama hears them tells him to not take Leela's words to heart while he also gets angry at her.

Later, Anupama is at the market with Samar and Kinjal and tells them to not burden Vanraj by fighting with him.

Meanwhile, Vanraj tells Kavya that they will leave the Shah house to not create any problems while Kavya tries to manipulate him into staying but fails.

Vanraj tells her to pack her bags as they will leave tomorrow after the Pooja.

Kinjal is talking with Paritosh while he tells her to not hurt Vanraj by supporting Nandani and Samar's relationship.

However, Samar hears them and aks Paritosh where was his concern for Vanraj when he helped and married Kinjal in a temple.

He says that Vanraj left his home and family for his love, Paritosh eloped and got married for his love so they have to tight to judge his love and goes.

Leela asks Anupama if she is going to keep fast for Shivratri while she gives a positive answer.

Leela tells her to not invite Kavya to the Pooja ans says that she will fight with her if she creates any drama the next day.