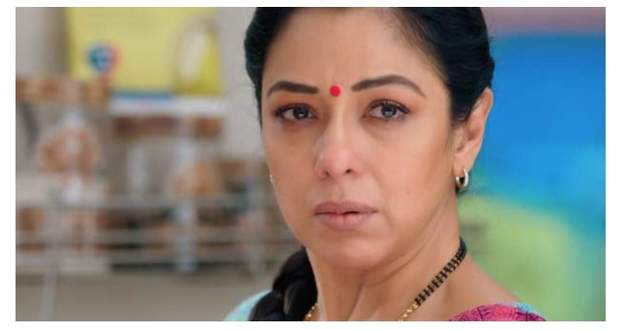 Anupama 12th February 2021 Written Update: Anupama stands up for herself

Today's Anupama 12 February 2021 episode starts with Vanraj getting angry at Anupama and feeling her accept the school conditions while she tries to make everyone understand her point of view.

Vanraj tells her to give him the papers while she tears the papers and some housemates support her.

Vanraj tells her that he has a meeting with the school board and warns her to change her decision in twenty-four hours.

Later, Anupama and Samar plan to get some kids who were there during the argument with the school authority to give a statement that she can be proven innocent.

Yash's parents come there and tell them that they know what happened truly but can't do anything as they are threatened by his kid getting kicked out of school.

Samar gets a call and tells Anupama that the school board is going to have a meeting and wants her to come there also.

Elsewhere, Vanraj tells Kavya that he will do anything to save Pakhi's future while the media reporters surround them and asks him about Anupama.

Samar complaints to Hasmukh that no one is helping Anupama in fear and that everyone is selfish while Hasmukh tells him to think calmly.

Next day, she is about to leave for school while Vanraj comes there in his car and tells her to come with her.

She goes with him while some girls insult Anupama and bully her.

Some younger students come to her and tell her the truth and give her get well soon card to give to Anupama.

Vanraj tries to manipulate Anupama while going to the meeting but she stays silent.