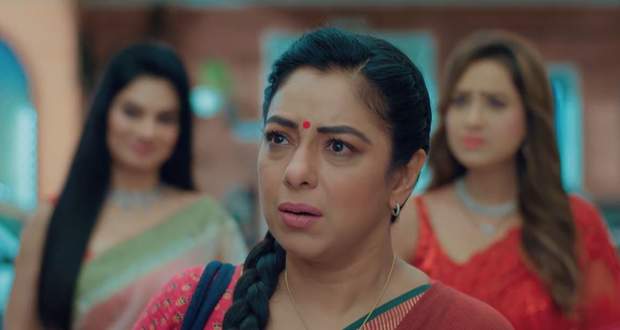 Anupama refuses to accept the house property in her name.

Meanwhile, Hasmukh takes a strong stand for Anupama and tells her that it's her right to get the house property in her name.

Hasmukh appreciates Anupama's sacrifice for the home and her children and tells her that she rightly deserves to be a part of their family.

At the same time, Kavya gets furious and demands justice from Hasmukh as she is the new daughter-in-law of the Shah family.

Vanraj supports Kavya and asks Anupama to tear the property papers if she doesn't want them.

Hasmukh gets furious with Vanraj and asks him to keep quiet as he and his children have to face the consequences of his affair with Kavya by listening to other people's taunts.

Anupama replies to Vanraj saying that if it was a gift she would have returned but as it is a blessing from her father she will accept it.

Further, on Hasmukh's request, Anupama announces her final verdict that she will live with the Shah family.

Everyone gets happy to know that Anupama is going to stay with them forever.

Upcoming Anupama written episode update: Kavya challenges Anupama and tells her that the Shah family belongs to her.