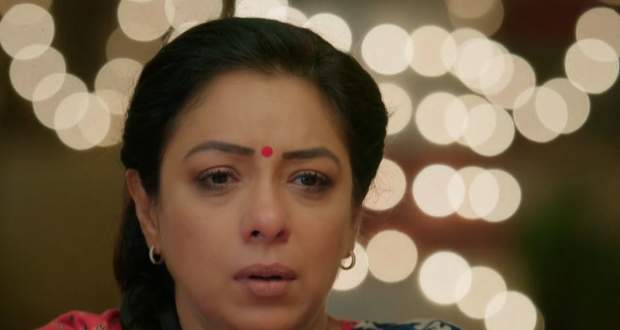 Today's Anupama 12 May 2021 episode starts with Leela telling Anupama the situations she will have to handle after being divorced in order to change her decision on divorce.

However, Anupama tells her reasons and calms her after which everyone falls asleep except her.

Anupama gets emotional and cries thinking that she won't be a part of her own family the next day.

She remembers her happy moments with Vanraj while he comes there and tells her to come with him.

He tells her to rethink her decision and pleads with her to not divorce him.

He tries to reason with her and gets on his knees to beg her to stop the divorce.

He hugs her and cries.

The next morning, Kavya sees Anupama and Vanraj doing pooja together and rushes there.

She questions Anupama if she backed off from her promise while Anupama looks at Vanraj and recalls last night where she also got emotional and hugged Vanraj.

© Copyright tellybest.com, 2020, 2021. All Rights Reserved. Unauthorized use and/or duplication of any material from tellybest.com without written permission is strictly prohibited.
Cached Saved on: Thursday 27th of January 2022 03:16:12 PM