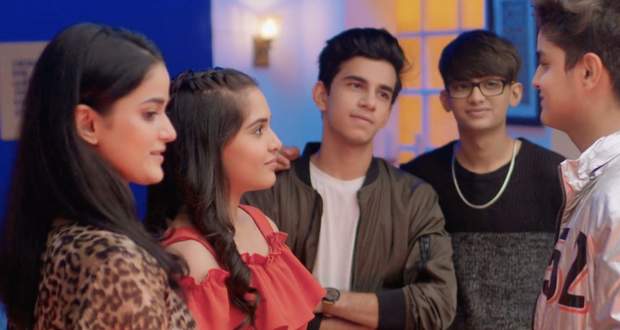 Today's Anupama 13 April 2021 episode starts with Samar trying to get Nandani to give the ring to the goons but she keeps refusing and says that there is emotional value to the ring.

Kavya puts ladder adjacent to Vandaj's room window and hesitantly climbs the ladder to sneak into the house amd steal the divorce document.

Pakhi asks Kinjal for permission to go to the party but she denies.

Pakhi gets peer pressured by her friends go the party and she decide to lie and go to the party.

Kavya overhears her plan and decides to expose her to the family and get her revenge.

Meanwhile, Samar and Nandani fight the goons and make them run away while she hugs him says that she's afraid of losing him.

Pakhi lies to Hasmukh and Mamaji that she is going for a group study and leaves while Kavya records her.

Samar tells the driver to take them to the nearest temple which confuses Nandani.

Pakhi reaches the party where Kabir compliments her and plans to kiss her for the bet.