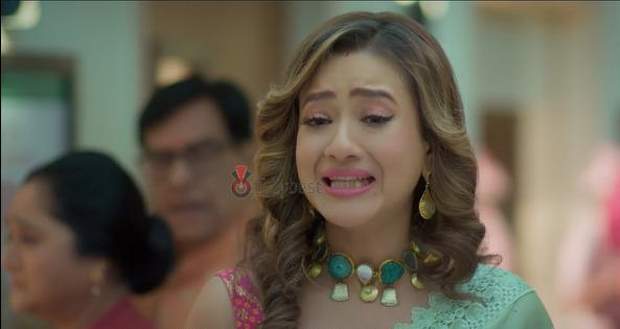 Today's Anupama 13th August 2022 episode starts with Vanraj lying on the bed in the hospital covered with bandages after the accident.

Ba and Hasmukh console him and tells him that they do not believe that Vanraj was responsible for this accident after he asks about Anuj.

Meanwhile, a shattered Anupama is waiting outside the operation theatre where Anuj is admitted for surgery.

Paritosh comes to check on Anupama.

She tells him to get something to eat for Baa, Hasmukh, Kavya and Dadaji even though she herself feels too dizzy.

Paritosh brings her juice. Everyone worries about Anupama's health.

Kinjal suggests Fui to take choti Anu to the hospital because of her mental breakdown.

On the other hand, Anupama remembers the voice note Anuj left for her and listens to the romantic poetry by Anuj and thinks of him in her dreams.

Samar wakes her up and takes her to meet choti. She overwhelms out of joy after seeing Paakhi and Anu.

Anu gives her a gift of their family photos and made a bracelet for Anuj to wear.

Anupama confesses that Paakhi and Anu brought her strength.

Kavya comes to meet Vanraj and check on him.

Vanraj whispers something to Kavya and she runs away to bring Anupama.

Vanraj confesses to her. Samar overhears their conversation and interprets that Vanraj pushed Anuj into the ditch.

Samar confronts Anupama regarding this but Anupama believes Vanraj had something else to say.

The doctor comes out of the ICU and informs them that the condition of Anuj is still unpredictable though under control for the time being.

© Copyright tellybest.com, 2020, 2021. All Rights Reserved. Unauthorized use and/or duplication of any material from tellybest.com without written permission is strictly prohibited.
Cached Saved on: Sunday 2nd of October 2022 11:29:47 PMCached Disp on: Monday 3rd of October 2022 08:20:04 PM