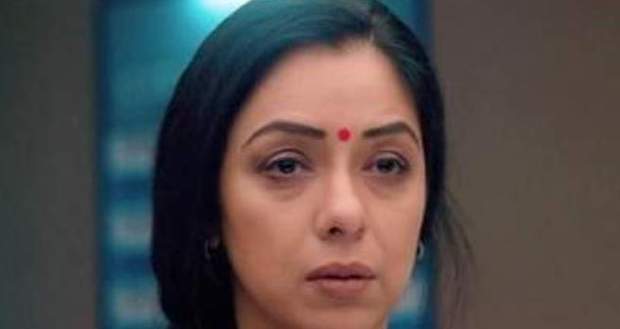 Today's Anupama 13 February 2021 episode starts with the Principal introducing Anupama to the administers and trustees of school while Pakhi watches from the room.

The trustees start blaming Anupama and bring up her personal life and reason that Anupam's mental health is unstable.

Anupama reveals that school Administration is at fault while the trustees oppose her.

Anupama reveals the truth to them while they ask for evidence and she reveals that she does have evidence which shocks everyone.

She gives the USB and tells them that it has the CCTV video of the day the incident happened.

The trustee's tey to again blame her by saying that the video does not have any audio while Anupama says that she will not take the blame.

Anupama tells them that they can fire her but cannot rusticate Pakhi and threatens them that she will expose them to the media if they ruin Pakhi's future.

Suddenly, the students of Anupama's cooking class come there and reveal that conversation between Anupama and Admin who pressured her to use a gas stove.

He tells Anupama to resume the job once she gets fully well and praises her for her bravery.

All the students clap for her as she exits the school and goes to school.

She reaches home and the family members also clap for her.

Later, Kinjal and Anupama talk about Samar beings in Mumbai for 4 days while Leela's brother reads the article about Anupam getting bravery award and the school apologising to her.

© Copyright tellybest.com, 2020, 2021. All Rights Reserved. Unauthorized use and/or duplication of any material from tellybest.com without written permission is strictly prohibited.
Cached Saved on: Tuesday 2nd of March 2021 07:11:40 AMCached Disp on: Sunday 7th of March 2021 04:32:53 AM