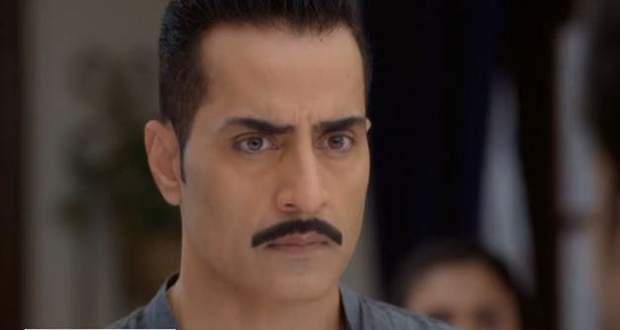 Today's Anupama 13 July 2021 episode starts with Pakhi expressing her gratitude to Anupama for helping Vanraj in his difficult times.

Further, Rakhi comes to Shah's house and announces that she has named her penthouse on the name of Paritosh and Kinjal.

Rakhi tells everyone that from now onwards Kinjal and Paritosh will be living separately from Shah's.

Vanraj gets furious and opposes the decision and questions Paritosh.

Paritosh answers rudely and says that nowadays he feels suffocated in the house because of daily drama that's been created since Kavya has come home.

Anupama tells Paritosh that if he wants to prove his point he should patiently talk to others and not shout at them.

Anupama explains to Vanraj that it's better to let them go so that they live their life independently rather than getting into fights every day.

Vanraj gets convinced listening to Anupama and agrees with her.

Later, everybody leaves and Anupama asks Vanraj to accompany her to the studio where their dreams will get fulfilled.

© Copyright tellybest.com, 2020, 2021. All Rights Reserved. Unauthorized use and/or duplication of any material from tellybest.com without written permission is strictly prohibited.
Cached Saved on: Wednesday 13th of October 2021 06:51:47 PMCached Disp on: Thursday 21st of October 2021 08:26:32 PM