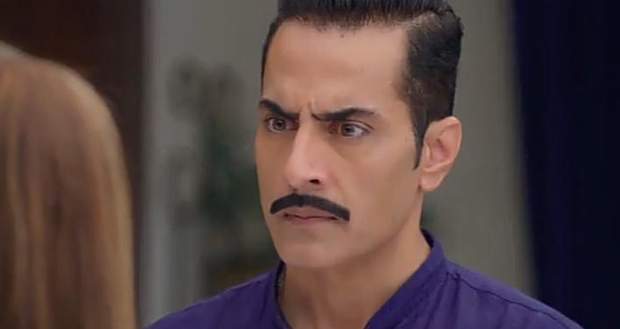 Today's Anupama 13 October 2021 episode starts with Anuj dreaming of Anupama quitting and getting scared while GK calms him.

Elsewhere, Nandini is about to go to sleep as someone covers her mouth with a gloved hand.

The next morning, the whole family apologises to Pakhi and promise to not create drama making her happy.

Anupama and the Shah family dance while GK senses that Anuj is still street about last night's dream and tried to distract him by talking about Kavya's motives to join his company.

Later, Hasmukh tells Anupama to go to the office as he will inform the ladies of the neighbourhood about the cooking competition.

However, Leela tells him that they should not embarrass her further by including the neighbourhood people in it.

Anupama sees Nandini goes somewhere with her luggage and tries to stop her while Nandini hides.

However, Anupama manages to stop her after which Nandini reveals that she needs to go to the US so that Rohan doesn't kill Samar.

Elsewhere, Vanraj remembers Anupama's suggestion and encourages Kavya for her job while she informs him that she has to join after Navratri.

Anupama encourages Nandini that Samar's parents won't leave Rohan and that the whole Shah family is with them.

Vanraj calls Vinod and convinces him to come back to the cafe as a chef.

Anupama tells her that she won't tell anyone while thinking that she has to tell Vanraj.