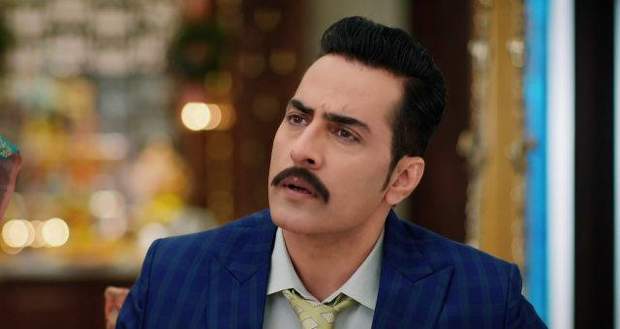 Today's Anupama 14 December 2020 episode starts with Devika requesting her sister-in-law to give a job to Anupama. Samar gets worried for Paristosh and informs Nandini about his problem.

Nandini advises Samar to not to leave Paritosh alone and to always support him. Meanwhile, Anirudh arrives at Kavya’s house with his luggage and gives a shock to Vanraj and Kavya.

Anupama tries to cheer up Paritosh but he gets angry with her. Samar asks Paritosh to not to blame Anupama about his ruined relationship.

Kavya shouts at Anirudh and asks him to leave her house. Vanraj warns Anirudh to get out of the house, while Anirudh addresses Kavya as his wife.

Further, Vanraj and Anirudh get into an argument. Vanraj decides to leave Kavya’s house but Kavya requests him to not to leave her alone.

Vanraj goes back to the Shah house and says that he came to see Paritosh. Baa asks Vanraj to have dinner with the family.

Anupama prepares food for Vanraj, while Kavya makes a call to Vanraj but he doesn’t pick her call.

Kavya confronts Anirudh for ruining her happy life. Anirudh bets that Vanraj has gone back to the Shah house.

Vanraj realizes that he has done a big mistake of leaving his own house.

Upcoming Anupama episode update: Paritosh and Kinjal run away from their house.