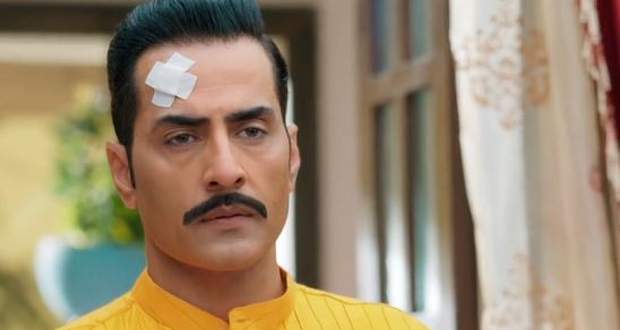 Today's Anupama 14 January 2021 episode starts with Paritosh saying that Vanraj is doing well while Leela feels happy on hearing that.
Meanwhile, Pakhi and Samar are excited about the Makar Sankranti festival and think about flying the kites.

Later, the Shah's are happy to celebrate the festival grandly this time. At the same time, Anupama says that she loves flying kites since her childhood which makes the Shah's surprised.

Further, Anupama desires to relive her childhood as she has been doing only the household chores for the past 25 years.

Elsewhere, Nandini and Samar buy kites for everyone while Samar gives her a heart-printed kite and she feels impressed.

On the other hand, Leela gifts Anupama a yellow saree and asks her to take out Vanraj's clothes as well while Anupama hesitates.

Later, Vanraj recollects Kavya's words while she tells him that she is scared of Vanraj falling in love with Anupama. At the same time, Anupama comes to his room to take out his clothes.

Anupama further asks Vanraj about which shirt he wants to wear and he selects the yellow color to match with her while she gets shocked at him.

On the next day morning, Anupama says to Leela about how she made her Tal Papdi and laughs while Vanraj also joins them. At the same time, Samar and Pakhi are elated to fly the kites.

Meanwhile, Vanraj's shirt gets stuck with his head and Anupama comes to help him in wearing it. Later, Vanraj thanks Anupama for everything she has done for him from the beginning.

Upcoming Anupama episode update: Leela advises Anupama about catching the kites while Anupama relates it to her married life.

© Copyright tellybest.com, 2020, 2021. All Rights Reserved. Unauthorized use and/or duplication of any material from tellybest.com without written permission is strictly prohibited.
Cached Saved on: Friday 30th of July 2021 12:52:03 PM