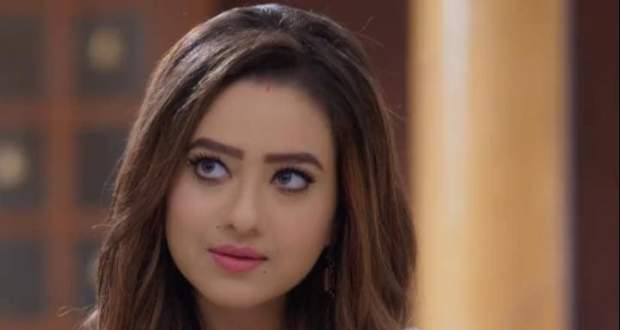 Today's Anupama 14 July 2021 episode starts with Paritosh feeling happy as he leaves Shah's house and shifts to their new penthouse.

However, Kinjal feels bad about leaving the family and staying separately.

Later, Vanraj takes a look at Anupama's dance academy and finds hope for his future dreams.

On the other hand, Kavya feels happy as no one is in the home and enjoys her privacy.

Meanwhile, Kavya tries to manipulate Pakhi by provoking her against Anupama.

Kavya tells Pakhi that Samar is the most loved child in Shah family and she's the least cared child as her turn must be coming after Nandini.

Pakhi feels bad as she tries calling Anupama but her mobile network comes out of coverage.

At the same time, Anupama tries to send a text message to Pakhi but due to network issues, the message doesn't get delivered.

Meanwhile, Shah's discusses the changes to be made at the place to make it look good both for the dance academy and the cafe. End of today's (14th July 2021) Anupamaa written episode.

Upcoming Anupama written episode update: Pakhi expresses her resentment toward Anupama as she fails to teach her dance.

© Copyright tellybest.com, 2020, 2021. All Rights Reserved. Unauthorized use and/or duplication of any material from tellybest.com without written permission is strictly prohibited.
Cached Saved on: Tuesday 2nd of August 2022 02:34:50 PMCached Disp on: Thursday 11th of August 2022 11:31:47 AM