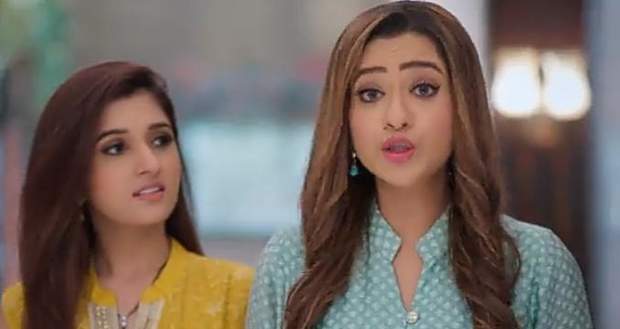 But as he realizes she s married he tells himself not to cross boundaries in love.

While she hopes that Gods keep Samar in his safe hands.

Devika tries to motivate Anuj to keep striving for his love for Anupama.

He tries calming Devika down by explaining how Anupama only considers him as a friend.

Devika defends Anuj, saying he needs to take a stand for his love, to ensure Anupama’s happiness although she has a family.

Devika tells Anuj that any family is incomplete without a husband and that he needs to fill that space instead of Vanraj.

Further, As Anupama gets home, Baa warns her saying her place is at this house and not next to someone else.

As Baa leaves, Samar enters the house in a rickshaw. Nandini and Anupama are seen relieved.

Anupama insists Samar trust Mr. Shah to be of his help amid their critical situation with Rohan.

The next morning, Anupama is seen motivating fellow women participating in the cooking contest to be the master of their destiny.

© Copyright tellybest.com, 2020, 2021. All Rights Reserved. Unauthorized use and/or duplication of any material from tellybest.com without written permission is strictly prohibited.
Cached Saved on: Sunday 17th of October 2021 07:31:31 AMCached Disp on: Thursday 21st of October 2021 08:11:04 PM