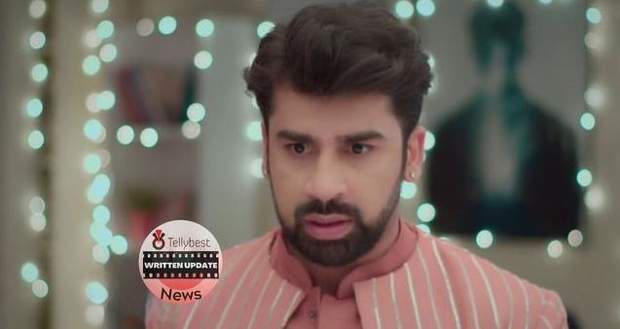 He asks her to stay silent since that is what mothers should do for their children.

Paritosh opens the door to leave only to find Rakhi standing there.

He tells Rakhi to explain to Anupama why she should stay silent and why Rakhi chose it.

Anupama gets shocked at Paritosh’s attitude toward his fault.

Rakhi comes in and tells her that Kinjal is not as strong to handle everything with heartbreak and do the baby’s upbringing alone.

Anupama is adamant that Paritosh should get punishment for his act as she keeps remembering how evil Paritosh looked.

However, Rakhi tells that once she was standing instead of Kinjal but she did not take Kinjal’s father away from her.

Anupama replies that she has also borne the torture for 8 years until she realized it.

She further adds that one-day Kinjal would know then what, Rakhi says they will see what to do then.

Anupama replies that they can’t betray Kinjal like that while Rakhi announces they have to do this for her happiness.

Meanwhile, Toshu enters the living room while everyone asks about Anupama and Rakhi.

He lies that the two mothers are talking about responsibilities etc after making him explain them.

Barkha feels something fishy and Ankush tells that maybe that fishy could come into our use.

On the other hand, Anupama’s intention to expose Toshu makes Rakhi swear to her on the name of Kinjal and her baby.

Anupama had no other choice than to stay silent.

She walks through the corridor digesting the recent news and dives into the flashback of the 8 years of betrayal she got from Vanraj and Kavya.

Anupama looks at the family playing games and rejoicing together.

She is unable to contain her emotions and screams in herself crying her eyes out because of the overflowing anger she can not expose.

Her eyes carried fury and pain because of the burden of being a mother and wanting their child’s happiness.

She says she will not let Kinjal be another Anupama however she doubts if she'll be able to stop her from being Anupama.

© Copyright tellybest.com, 2020, 2021. All Rights Reserved. Unauthorized use and/or duplication of any material from tellybest.com without written permission is strictly prohibited.
Cached Saved on: Sunday 2nd of October 2022 08:39:33 AMCached Disp on: Thursday 6th of October 2022 04:50:42 PM