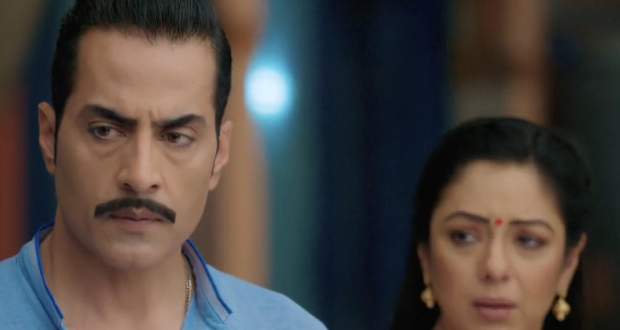 Today's Anupama 15 April 2021 episode starts with Kavya climbing into Vanraj's room with the help of a ladder.

A vase falls and Leela goes there to check but doesn't find anything.

Kavya learns about the divorce date and plans to expose it to the Shah's.

Everyone gets shocked and goes inside while Vanraj takes Anupama inside saying they still have some time.

Pakhi confronts him while Hasmukh and Leela tell her that they didn't want to hurt them and wanted to create happy memories.

Pakhi and Kinjal get emotional and hug Anupama as she consoles them.

Later, Samar dedicates his trophy to Anupama and they both get emotional remembering their moments together in the kitchen.

Samar cries while Anupama consoles him and addresses him as the world's best son.

Upcoming Anupama episode (tomorrow) update: Vanraj to get into an argument with Kavya.

© Copyright tellybest.com, 2020, 2021. All Rights Reserved. Unauthorized use and/or duplication of any material from tellybest.com without written permission is strictly prohibited.
Cached Saved on: Wednesday 22nd of September 2021 07:50:23 AM