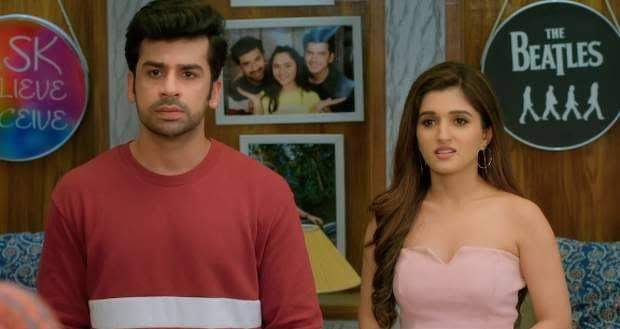 Today's Anupama 15 December 2020 episode starts with Anupama asking Vanraj to keep his lies outside the Shah house. Paritosh comes there and Vanraj asks her to let him talk to his son.

Paritosh blames Vanraj for ruining his and Kinjal’s relationship. He further takes a stand for Anupama in front of Vanraj.

Vanraj tells Anupama that he is scared of Paritosh to take a big step out of frustration.

Kavya calls on the landline number of the Shah house and confronts Vanraj for going back to his house.

Vanraj decides to a check-in hotel room, while Anirudh bets to get Kavya back in his life again.

Paritosh forces Samar to let him meet Kinjal urgently. He seeks Samar and Nandini’s help and runs away from the house.

The next morning, Rakhi calls Anupama and questions her about Kinjal. She warns Anupama to find her daughter otherwise she would file a police complaint.

Anupama calls everyone to gather in the hall, while Samar reveals to her that Paritosh went to meet Kinjal the previous night.

Samar calls Vanraj and informs him about Kinjal and Paritosh’s missing from the house. The entire Shah family worries for Paritosh and Kinjal.

Vanraj arrives there at the Shah house and decides to file a missing report of Paritosh and Kinjal.

Further, Rakhi arrives at their house along with the police. Anupama asks Rakhi to not to create any scene in front of the neighbours.

Rakhi doesn’t listen to anyone and keeps on shouting at the Shah family.