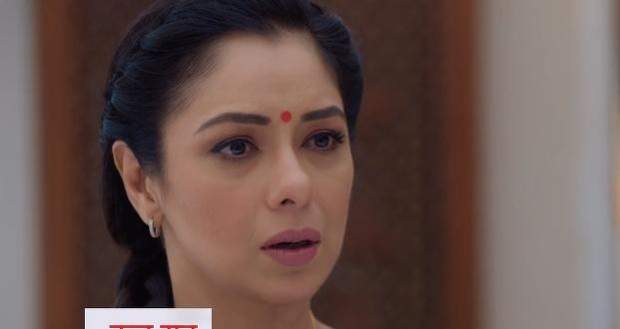 Everyone gets surprised to see them both as they thought they are shifting to their new house.

Meanwhile, Kinjal tells everyone that they haven't yet decided to shift or not which makes everyone happy knowing that they all will be living together.

Later, Anupama tries to call Pakhi but the call goes unanswered as Pakhi was busy doing her dance practice with Kavya.

On the other hand, after coming home Anupama applauds for Pakhi as she dances well.

Unfortunately, the appreciation takes a wrong turn when Pakhi blames and expresses her resentment as Anupama fails to teach her dance.

Pakhi talks rudely with Anupama and tells her that she is the least loved child in the home and Anupama only cares about Paritosh, Kinjal, Samar, and Nandini.

Anupama asks forgiveness from Pakhi for not being available.

Upcoming Anupama written episode update: Kavya and Anupama compete against each other for a dance face-off challenge.

© Copyright tellybest.com, 2020, 2021. All Rights Reserved. Unauthorized use and/or duplication of any material from tellybest.com without written permission is strictly prohibited.
Cached Saved on: Monday 6th of December 2021 03:01:12 AM