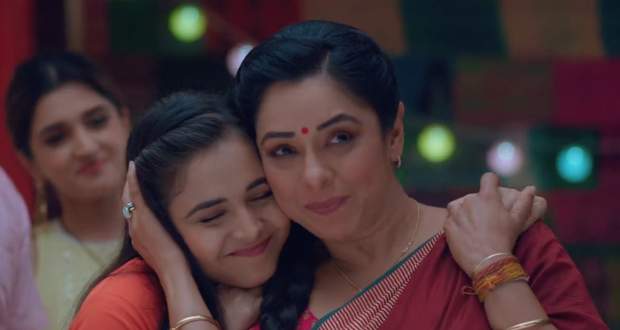 Further, Kavya with her manipulative behavior tries to provoke Vanraj against Anupama.

Vanraj falls in Kavya's words and gets angry with Anupama for staying in the house after the divorce.

On the other hand, the Shah's and Anupama get busy with setting up a new room for Anupama.

Anupama gets emotional and expresses her gratitude to the Shah's for decorating the room beautifully.

Later, Kavya gets furious with Anupama's belongings in her and Vanraj's room.

She throws Anupama's things in the dustbin and replaces them with her belongings.

Kavya tells Vanraj that she promises him to be a good daughter-in-law and his wife.

Further, Leela gets angry with Kavya for ordering food from outside for his son as it is unhealthy.

Kavya behaves rudely with Anupama saying that she is not her well-wisher and wants to see her in sorrow always.

Anupama ignores Kavya's words and calmly tells her that she isn't interested in arguing with her.

Upcoming Anupama written episode update: Vanraj gets into an argument with Anupama and she gives him a smart reply.

© Copyright tellybest.com, 2020, 2021. All Rights Reserved. Unauthorized use and/or duplication of any material from tellybest.com without written permission is strictly prohibited.
Cached Saved on: Tuesday 18th of January 2022 06:11:32 AM