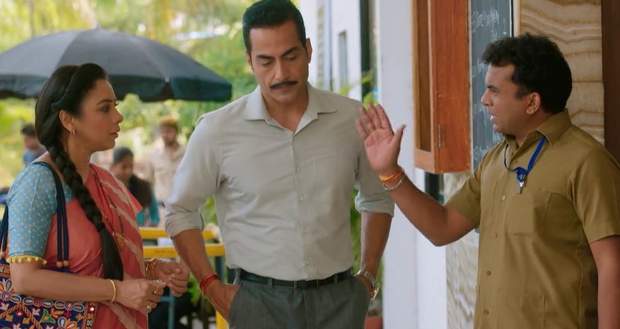 Anupama 15th May 2021 Written Update: Vanraj and Anupama get late for court

Today's Anupama 15 May 2021 episode starts with Vanraj apologizing to Anupama for all the times he blamed her and disrespected her.

However, she stops him and says that she forgives him for everything.

Meanwhile, Advait tries to cheer up Samar and informs him that Anupama's advance report is going to come in soon.

Anupama and Vanraj reach the family court and he saves her from an oncoming bike.

Vanraj gets into an argument with the security who gets called over by another security.

Vanraj and Anupama get in and the lawyer tells them to sit while he gets the paperwork.

They remember their happy moments together as their names are announced.

Elsewhere, Samar tries to convince the family as the divorce is going to happen anyhow and Leela agrees.

The judge tells them to sign the divorce papers and Vanraj's start shaking causing the pen to fall.

© Copyright tellybest.com, 2020, 2021. All Rights Reserved. Unauthorized use and/or duplication of any material from tellybest.com without written permission is strictly prohibited.
Cached Saved on: Wednesday 1st of December 2021 11:36:24 PMCached Disp on: Monday 6th of December 2021 08:51:10 AM