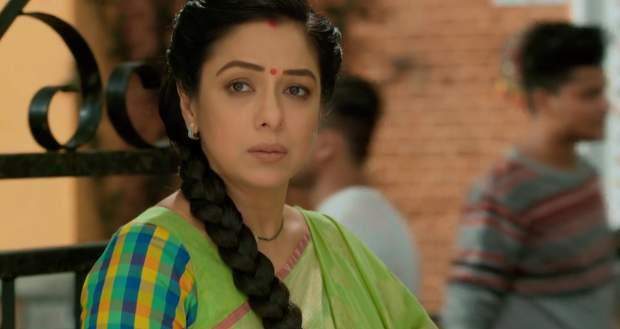 Today's Anupama 16 February 2021 episode starts with Kavya insisting Pakhi that they should celebrate together as Anupama and Vanraj are getting divorced while Pakhi remembers Anupama and Leela telling her that she jas the first right on Vanraj.

Pakhi goes to her room and looks from a jar door while Kavya tells Vanraj that they should go on a trip, only them but he denies.

He further informs her that he has to go to the counselling the next day while Anupama asks Kinjal and Nandini about what happens in counselling.

Later, Anupama is going to counselling while Paritosh taunts her saying she fights with everyone.

However, Anupama replies that she fought with Rakhi also for him and tells him to not be a hypocrite.

Later, Leela talks against Anupama while Dolly talks for her.

Anupama and Vanraj go into the counsellor's office while Paritosh tells Kinjal that his hopes of his parents being back together has shattered.

The counsellor gives them a document to sign on for the proceedings of the divorce and Anupama signs the papers while Vanraj gets hesitant.

Upcoming Anupama episode update: Vanraj apologises to Anupama for hurting her and cries.

© Copyright tellybest.com, 2020, 2021. All Rights Reserved. Unauthorized use and/or duplication of any material from tellybest.com without written permission is strictly prohibited.
Cached Saved on: Monday 10th of May 2021 04:39:49 AM