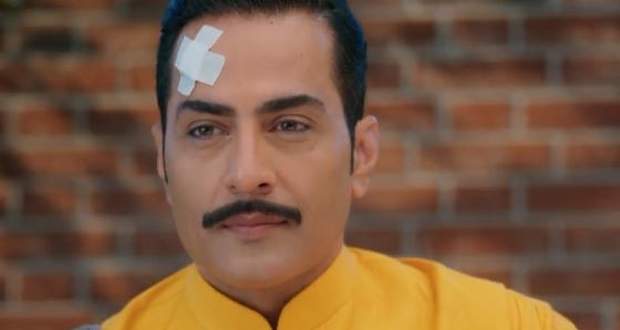 Today's Anupama 16 January 2021 episode starts with Nandini arguing with Samar about failing in saving their kite while he stares at her.

On the other hand, Vanraj and the Shahs notice Kavya's kites flying while Anupama unaware of Nandini's kites and cuts all of them.

Later, Anupama notices those kites to be Nandini's and tries to move away from there while she is about to fell down Vanraj catches her.

On the other hand, Kavya burns with fumes out of jealousy and cuts her hand with the thread. Further, Nandini takes Kavya home while Vanraj tells Anupama that he wants to say something to her but she ignores him.

Meanwhile, Nandini scolds Kavya about degrading herself out of jealousy while Kavya stays adamant to get Vanraj.

Elsewhere, the Shahs organize sky lanterns to fly as per their tradition while Samar takes Nandini to fly the lanterns. At the same time, Vanraj admires Anupama.

Further, Samar says to Nandini that he knows what she is going to wish and his wish is the same as of Nandini.

Later, the Shahs fly the sky lanterns while Leela prays for good luck to their family except for Kinjal's mother and Kavya.

© Copyright tellybest.com, 2020, 2021. All Rights Reserved. Unauthorized use and/or duplication of any material from tellybest.com without written permission is strictly prohibited.
Cached Saved on: Wednesday 3rd of March 2021 05:03:30 PMCached Disp on: Friday 5th of March 2021 09:53:24 PM