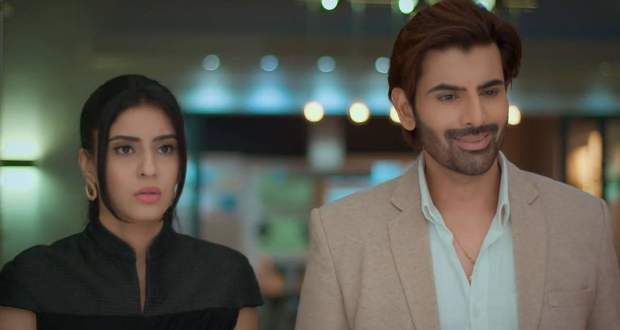 Today's Anupama 16th July 2022 episode starts with Leela and Vanraj questioning Anupama and Anuj's decision for having a child.

When someone rings the door, Pakhi says that it’s Anupama and Anuj bringing the child to meet the Shahs.

As Vanraj opens the door, little Anu runs towards him to give him a hug but the Shahs seem concerned.

Little Anu introduces herself and calls Vanraj the ‘moustache man’.

Vanraj says that Anupama and Anuj are mad for becoming foster parents at such an age.

Anupama holds little Anu saying that this is her daughter and introduces her to everyone.

Hasmukh gives the child his blessings and appreciates Anuj and Anupama for doing such a good deed by adopting.

Meanwhile, Ankush tells Barkha and Adhik how all the assets of the business have all been named after Anuj.

Barkha tells him to do something about this and Adhik also says that if Ankush doesn’t take a step, he’ll take matters into his own hands.

In the Shah house, little Anu asks about Toshu and Leela and Leela says that she doesn’t want to get involved in all this.

Kavya hugs little Anu and little Anu goes towards the swing inside the house.

She accidentally bumps into Kinjal’s baby bump and Leela starts lashing out at Anupama and Anuj.

Anupama tells little Anu about Kinjal having a baby and asks her to be extra careful around Kinjal.

Little Anu apologises to Kinjal and asks her for a house tour.

When the kid leaves, Vanraj says to Anupama that there is no point in telling them about the adoption now if they couldn’t even tell them before doing it.

Kinjal shows little Gudiya her room and hands her a bar of chocolate while Pakhi and Samar discuss how they’re happy about little Anu coming but still concerned about what other people might think.

Leela questions if Anupama and Anuj would be able to handle the child alone without a big family.

Anuj says that even he was brought up in an orphanage and these kids usually mature early.

However, Leela says that most of the responsibility will fall on Anupama after this.

Vanraj says that Anuj is trying to divide their family and separate Anupama from his children.

Anuj defends little Anu and Anupama says that an outsider like Vanraj doesn’t need to worry about their family.

However, Vanraj says that he knows Anupama is under Anuj’s influence but Anupama retaliates and tells Vanraj not to interfere.

© Copyright tellybest.com, 2022, 2023. All Rights Reserved. Unauthorized use and/or duplication of any material from tellybest.com without written permission is strictly prohibited.
Cached Saved on: Wednesday 25th of January 2023 02:25:12 PMCached Disp on: Thursday 9th of February 2023 07:16:06 AM