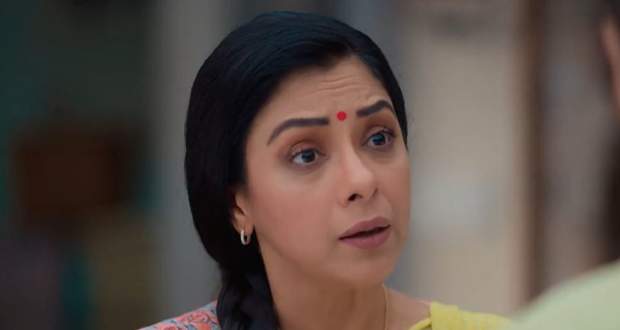 Today's Anupama 16 June 2021 episode starts with Kinjal telling Leela that as she says all the household work is done by the daughters-in-law from now onwards, she and Kavya will be doing all the work.

Samar supports Kinjal and says Anupama will focus on her career.

Vanraj gets angry as he thinks Anupama is trying to let him down in front of the family by showing that she is earning and he isn't.

Later, Kavya tries to defend Vanraj in front of the family.

At the same time, Anupama advises Kinjal to ignore Kavya's words to keep the harmony at home.

Further, Vanraj and Anupama get into an argument but Anupama tries to be calm and gives a firm answer back to Vanraj.

Meanwhile, Leela defends Anupama as the neighbours try to interrogate her presence in the Shah family after her divorce from Vanraj.

© Copyright tellybest.com, 2020, 2021. All Rights Reserved. Unauthorized use and/or duplication of any material from tellybest.com without written permission is strictly prohibited.
Cached Saved on: Monday 17th of January 2022 09:33:59 PM