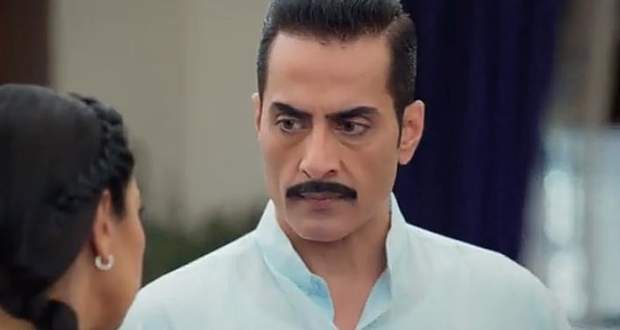 Today's Anupama 16 October 2021 episode starts with Samar showing Nandini's letter to Anupama and telling her that they have to do something.

Further, Anuj tells him that they have to find her and goes out to search for Nandini.

Anupama goes to Vanraj and tells him that he should help his son while Vanraj tells her that Anuj is already filling his spot as a father for Samar and angrily leaves.

Elsewhere, Anuj and Samar get tensed seeing a mob gathered around someone on road.