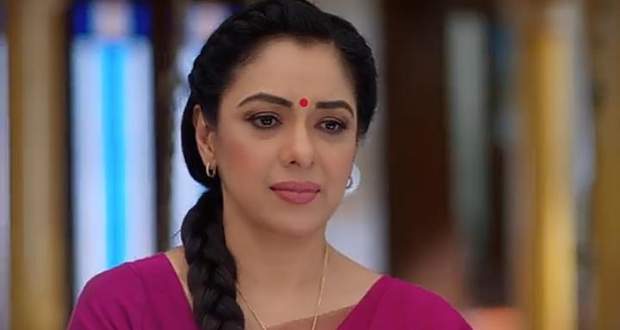 Today's Anupama 16 September 2021 episode starts with Leela and Paritosh questioning Anupama while she confronts them and asks them why no one spoke up when Kavya came to their house for nine years as Vanraj's friend.

Everyone starts arguing while Hasmukh silences everyone.

Leela tells Anupama to reject the offer while Vanraj humiliated her and tells her to say no to the project.

Anupama tells him that he is not her husband while Leela tells her that she is her mother and tells her to refuse putting Anupama in a tough spot.

Later, Kavya asks Vanraj why he is getting jealous when he makes an excuse and lakes her on his side.

Elsewhere, Kinjal and Samar are frustrated over the family's reaction while Hasmukh says that it is because of the stereotypical society.

Anupama dances while recalling all the accusations when Devika comes there.

Paritosh comes to Vanraj and points out Anupama's flaws while he says that she will embarrass the family.

Devika tries to explain Anupama while she scolds her saying that her teasing is the reason why she is in all the drama today.

Vanraj manages to instigate Paritosh against Anuj while Devika keeps arguing with her to get her to accept the proposal.