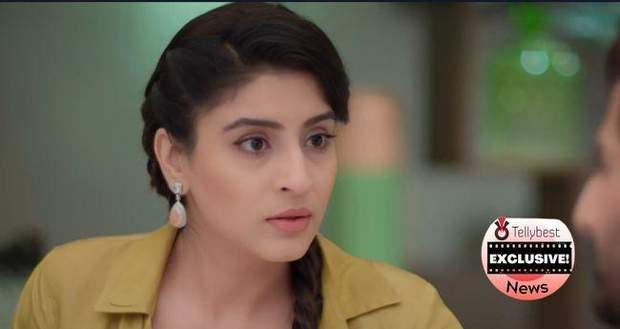 Today's Anupama 17th August 2022 episode starts with Anuj getting flashbacks from the time he was on the cliff with Vanraj and him falling down the cliff.

Further, Anuj asks about Choti Anu and Anupama tells him that Anu's at home.

Afterward, as they talk about returning home, Anuj suddenly loses consciousness which makes doctors rush to him and makes Anupama leave the room.

The family gets shocked as the doctors start some procedures on Anuj and close the curtains of the glass window.

Kavya feels glad that Anuj didn't say anything against Vanraj and hopes that Vanraj hasn't done anything at the cliff.

Back at the Shah house, Choti Anu makes a drawing for Anuj while telling Kinjal that she was planning to go on a trip but Anuj got into an accident.

Kinjal gets emotional and tells Choti Anu that they will go after Anuj gets better.

Ar the hospital, the doctor informs Anupama that Anuj's health has deteriorated and that he might go into a coma.

At the same time, Barkha, Ankush, and Adhik plan to take over the Kapadia empire as Anupama will be busy taking care of her husband.

After a week, Anupama keeps taking care of Anuj who doesn't show any improvements while Vanraj's condition improves but he still doesn't remember what happened in the valley that day.

Anupama gets a call from the office and she demands to bring the file to her so that she can read it after which she will sign the approval.

Again 13 days pass and Vanraj can now walk and talk properly without any problems while Anuj's condition is still the same as before.

Vanraj and Kavya come outside Anuj's ICU room while Anupama sees him and seethes in anger.

She comes out of the room and Vanraj apologizes to her while trying to reassure her that Anuj will wake up.

However, Anupama angrily says that he is the reason for everything as he is the one who took Anuj to the cliff and says that she would have slapped him if it wasn't a hospital.

Further, Anupama demands to know why Vanraj took Anuj to the cliff and questions him.

Vanraj answers that he wanted to separate the Shahs and the Kapadia from each other's lives and swears that he didn't push Anuj.

Anupama asks him how Anuj fell from the cliff to which Vanraj replies that he doesn't remember whether Anuj slipped or got pushed by him.

Feeling stuck without any proper answer, Anupama tells Vanraj to not show his face until he remembers everything and goes back inside the ICU to stay with Anuj.

On the other hand, Barkha has overheard everything unknown to anyone else.

© Copyright tellybest.com, 2020, 2021. All Rights Reserved. Unauthorized use and/or duplication of any material from tellybest.com without written permission is strictly prohibited.
Cached Saved on: Saturday 1st of October 2022 09:56:28 PMCached Disp on: Monday 3rd of October 2022 08:25:21 PM