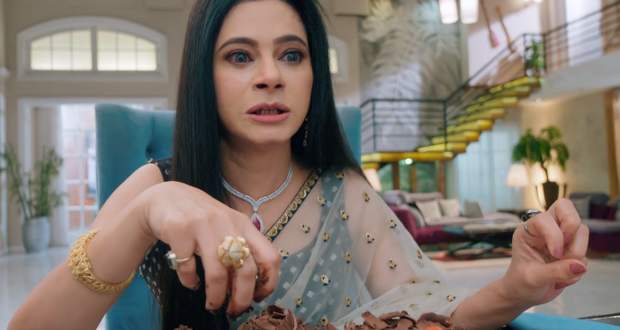 Today's Anupama 17 December 2020 episode starts with Vanraj asking Anupama to whatever she pleases. Baa warns Anupama of being a mother-in-law and points she has to share her son with his wife.

Anupama gets excited and nervous with the idea of being a mother-in-law. Meanwhile, Kinjal is tensed about their step.

Anupama comes there and says that she is a mother to Kinjal. She reminds both Kinjal and Paritosh that they have a greater responsibility on them.

She states that they have to fight throughout their journey of being married to each other. Anupama asks Kinjal and Paritosh to take the blessings of everyone.

Baa is upset that Rakhi created a scene in their neighborhood and that they are humiliated in front of society.

Rakhi is furious at her house and is cutting a cake. She eats it and is all set to seek revenge from Anupama for snatching away her daughter.

Kinjal enters the kitchen and Anupama gets happy to see Kinjal as her daughter-in-law. She performs some rituals and both share an emotional moment.

Anupama asks Kinjal to not forget her dreams in the middle of the responsibility of the family. Anupama gives her bangles while Kinjal wishes to be like her.

Anupama asks Kinjal to add some ingredients to the Halwa and serve it to everyone. Bapuji gives Shagun to Kinjal while Baa taunts her for not knowing how to cook.

Baa accuses Kinjal of having a mother who just adds spices and no sugar can sweeten the spices she added in their lives.