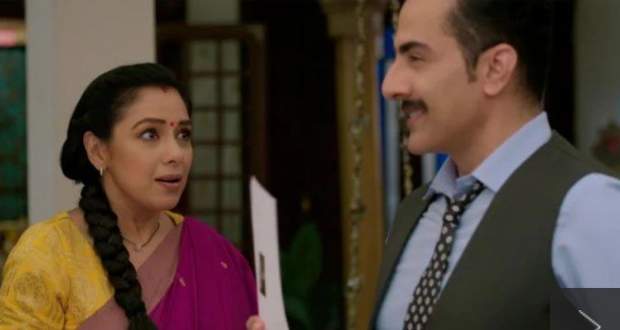 Today's Anupama 17 February 2021 episode starts with Vanraj signing the divorce papers while the counsellor tells them that they still six months to change their decision.

Vanraj and Anupama come out while he tells her that his life will never be the same after separating from and apologises to her for ever hurting her.

Anupama tells him to free her from their relationship and goes while Vanraj reminisces her care for him.

She tells him that she has nothing in her hear for him and leaves from there.

They both sit at different locations and cry while reminiscing their moments together.

Vanraj comes home and informs Kavya that he is getting married which makes Kavya happy while Vanraj talks rudely with her.

He tells her that he is just tired while Kavya offers to celebrate the occasion.

Pakhi heard them and thinks that they will be separated because of Kavya and Kinjal.

Anupama comes home and informs that the divorce will happen after six months while going to her room.

Leela cries while others try to convince her to eat.

Next morning, Leela makes Vanraj's favourite ladoos for his birthday while Anupama coke there and helps her.

She says that she is doing it to celebrate Leela being a mother.

Meanwhile, Pakhi tells Vanraj that she is going to her friend's house and will go from school there.

Kavya convinces Vanraj to celebrate his birthday with her only and send Pakhi to Anupama's home but he says that it is his family thing.