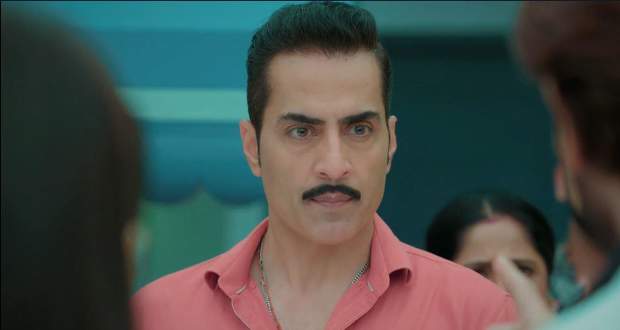 Today's Anupama 17th June 2022 episode starts with Anuj hugging Anupama and appreciating her stand for her family at the party and says that this is the reason behind him falling in love with her.

Meanwhile, Kavya discusses with Vanraj that Anupama figured it out all by herself as when she got divorced everyone thought that she will just go to her mother's house and take the tuition of the children, but Anupama became the owner of the Kapadia empire.

Further, Kavya says that the best they can do for Anupama is to not bother her anymore and try to keep the two families away from each other to prevent clashing.

Meanwhile, Vanraj says that he is skeptical about Anuj's relatives.

Further, Anupama checks her gifts received from Hasmukh and misses her family.

On the other hand, Anuj talks to Barkha about how he gets hurt when Anupama is not given the place she deserves hinting toward bossing around on the day of Greh Parvesh.

The next morning, Anupama prepares for the day and notices Tulsi in her garden bringing a smile to her face.

Anupama prays to keep everything peaceful between the two families.

Meanwhile, Barkha and Ankush arrive from their morning walk and Barkha points out how the Tulsi plant does not match her decor.

Further, Pakhi discusses how classy Anupama's house is while Samar and Leela point out how she suddenly changed after Anupama got a new house.

Anupama decorates her new kitchen with love while she struggles to open the cabinets.

Further, house help arrives and helps Anupama to set her kitchen in her way.

Pakhi shouts at Vanraj and calls him middle class and embarrassing as he was shouting at them on a small matter.

Vanraj says that he will be Pakhi's father no matter what but Pakhi tries to argue and says she feels ashamed for being middle class and there is nothing to be proud of.

Vanraj says that Pakhi is not talking but showing her father his class who fulfilled all her wishes.

Pakhi continues to argue and says she will go to Anupama's house no matter what and leaves.