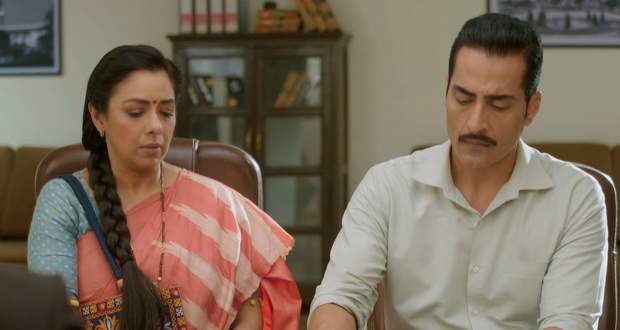 Today's Anupama 17 May 2021 episode starts with Anupama and Vanraj signing the divorce papers and the judge grant the divorce.

Anupama addresses Vanraj as Mr. Shah and returns the Mangalsutra to him saying that it is of no value to her anymore.

She requests for his phone and clicks a selfie saying that it will be one of their happy memories.

She leaves saying that she needs some time alone while Advait talks to Vanraj and tries to calm him.

Meanwhile, Anupama eats candy and smiles through her tears.

She gets a keychain saying good luck and gets happy.

Later, Vanraj gives medicine to Anupama while she scolds him for being 25 years late.

Advait tells the person on call that he needs Anupama's reports asap.

Kavya gets jealous over the call with Vanraj but calms herself while Anupama and Vanraj talk about their future.

Advait gets Anupama's reports and wonders how to tell the news to her.