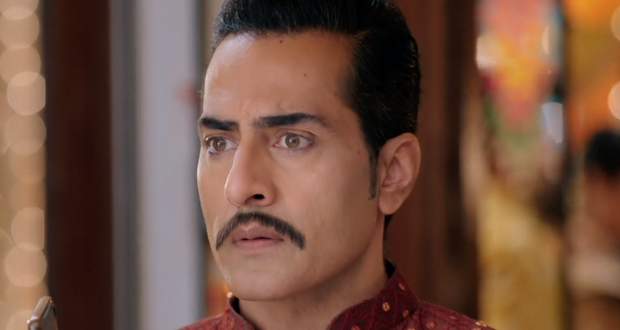 Anupama gets really happy while Vanraj fumes in anger. Bapuji and Baa give her blessings and call her the Laxmi of the family.

At the same time, Vanraj receives a call from the boss and thinks he will get a bonus. However, his boss rebukes him causing loss to the company, and warns him of the loss to his career.

Kavya comes there and apologizes for the loss. Vanraj puts the whole blame on Kavya while Kavya states that the proposal was made by both.

The other man calls him mad and leaves. Meanwhile, Anupama and Samar learn that Vanraj is not with Kavya.

Vanraj rushes home to do the Pooja and witnesses Anupama doing the Pooja. He gets furious and enters the house without talking to anyone.

Vanraj gets really upset and goes to the terrace while the whole family celebrates Diwali without Vanraj.

Anupama confronts Vanraj and wants to know why he is punishing the family. Anupama says that the Mahurat was about to end so she did the Pooja.

Vanraj states that the whole family and happiness belongs to him while Anupama states that he has the responsibility to preserve happiness.