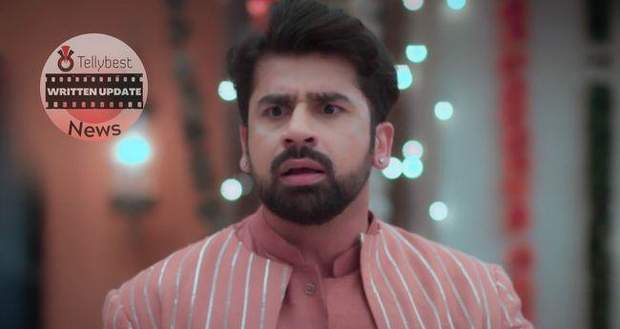 Today's Anupama 17th September 2022 episode starts with Toshu saying sorry to Kinjal so she does not leave him.

However, Kinjal asks what Toshu is sorry for when he does not realize his mistake.

Kinjal further blames him for taking away her family because of his mistakes when Vanraj announces that Kinjal is not going anywhere.

Toshu looks at Vanraj hopefully when Vanraj suddenly says that the one leaving the house would be Paritosh.

The family gets shocked to hear Vanraj’s decision and Leela blames Anupama for ruining her house.

However, Kinjal says that she did right to tell her everything otherwise if she would have got to know this later it would have hurt her too much.

Vanraj grabs Paritosh and kicks him out of the house who comes at the window to take off his anger on Anupama.

He says that Anupama will never be happy after what she did and that she is a bad mother.

Anupama hears everything and recalls the moments she was a mother to Paritosh.

Paritosh’s anger does not stop so Vanraj asks him to get away which he eventually did.

Suddenly Samar comes from behind and tells him to think about it all with a cool mind and seek forgiveness.

Paritosh rants to him about Anupama when Samar tells him to stop and thinks it with a cool mind to know what is right or wrong.

He gives Paritosh his phone and tells him to call him once he has thought about it.

Meanwhile, Leela curses Anupama for destroying her son and says that Rakhi was smarter in this case.

However, Rakhi confirms that she realized she got weak in front when it came to Kinjal but Anupama did right.

She adds that Toshu’s attitude toward his fault was wrong and Anupama needed to make it right.

Suddenly the baby starts crying and Anupama tells Kinjal how she’ll be a strong mother when Rakhi asks Kinjal to take her home.

Kinjal says Rakhi has also hurt her like Toshu hence, she does not want to talk to her.

On hearing this, Rakhi unwillingly goes away after making sure to tell Anupama to take care of her daughter.

© Copyright tellybest.com, 2020, 2021. All Rights Reserved. Unauthorized use and/or duplication of any material from tellybest.com without written permission is strictly prohibited.
Cached Saved on: Friday 30th of September 2022 09:43:49 PMCached Disp on: Saturday 1st of October 2022 12:59:56 AM