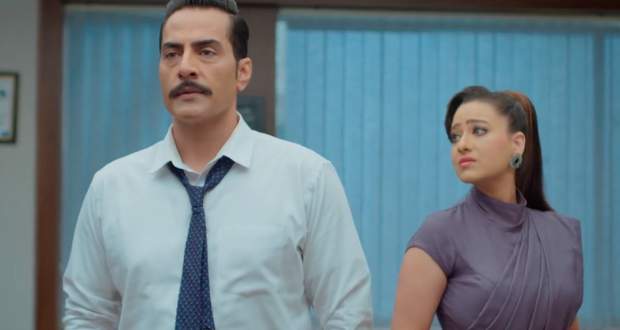 Today's Anupama 18 December 2020 episode starts with Baa again taunting Kinjal for getting married to Paritosh. Kinjal answers back Baa and takes Anupama’s side.

Kinjal and Baa continue to argue while Anupama tries to console them. Later, Anupama confronts Bapuji and he asks her to stay strong.

Anupama goes to console Kinjal and tries to cheer her up. Anupama asks her to apologize to Baa as well as Rakhi.

Kavya confronts Vanraj and assumes that he went to Shah house. Vanraj shows her the hotel bill and reveals about Rakhi’s drama.

Kavya tries to calm him down while Vanraj knows Anupama has done a mistake after keeping Kinjal in their house.

Anupama and Kinjal reach Rakhi’s house while Kinjal gets scared. Meanwhile, Baa is upset that Anupama went to Rakhi’s place.

Kavya wants to buy a house with Vanraj from the little savings they have. Baa calls Vanraj and states that no one listens to her in the house.

Rakhi says she will welcome Kinjal inside the house with proper rituals. She acts of being ok with the relationship and performs Aarti of Kinjal.

Kinjal gets happy that her mother is now happy with her new relationship. Rakhi apologizes to Anupama for the drama and hugs her.

Everyone is happy while Rakhi is planning something else in her mind.

Upcoming Anupama episode update: Anupama thanks Rakhi while Rakhi pushes her to her feet.