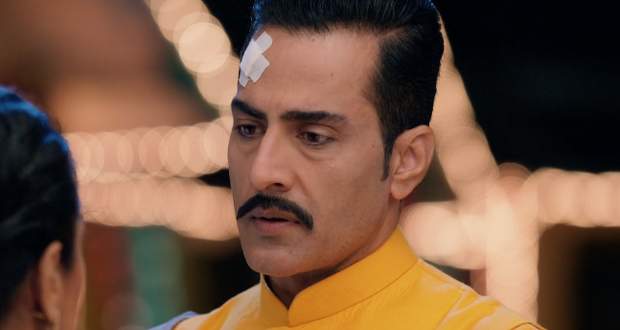 He wishes to join the relationship with her again. He apologizes to Anupama in her style while Anupama doesn’t want to feel weak.

He confesses his love for Anupama while Anupama is left in shock. He reveals that he has realized her importance after coming on the earth.

He wants to know if he still has importance in Anupama’s life. Anupama states she still has a soft corner for Vanraj in her heart.

Anupama says she realized on the day of the accident that she still cares for him. Vanraj hugs Anupama and they share an emotional moment.

Anupama wants to know if he will ever break her trust again while Vanraj promises not to. However, it all turns out to be Vanraj’s imagination.

Samar brings ice cream for everyone while Vanraj longs for Anupama. Later, Vanraj decides to propose to Anupama while Kavya waits for his call.

Vanraj tries to confess his love but fails as Samar wants Anupama to get ready. He says she has to go in an auto while Vanraj wants Samar to take his car.

Anupama instructs Kinjal to manage the house till she returns. The washing machine stops working and Rakhi Dave overhears this overcall when she calls Kinjal.

Samar gives Nandini a book and wants her to leave behind the past. Elsewhere, Rakhi Dave visits Shah house with a brand new washing machine.