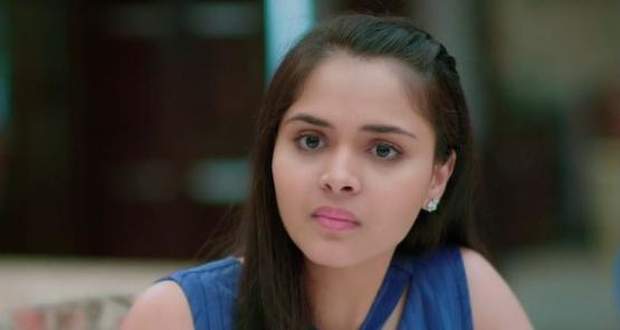 Today's Anupama 18th June 2022 episode starts with Anupama addressing her students in the kitchen and informing them that their dance classes are starting offline while she prepares pudding.

Further, Barkha arrives in the kitchen and starts to boss around by saying who took the plastic containers out on the counter.

Anupama replies that she did as she is not used to seeing her kitchen in a high-class manner and wanted her to look a bit familiar.

As Barkha is about to say something to Anupama, Ankush and Anuj arrive along with other family members through the pudding's aroma.

Sara asks Anupama if she has learned to operate the new kitchen and Anupama says yes addressing the staff as Kamal Bhai.

Barkha feels weird as Anupama calls the house-help Kamal Bhai and not just by his name.

On the other hand, Samar scolds Pakhi and also calls her out on her behavior that every bit of harsh word affects Vanraj as Pakhi is his favorite.

Further, Ankush and Anuj relive their childhood by eating the pudding made by Anupama in the big bowl and GK joins them afterward.

Barkha feels awkward as GK is not a family member and tries to stop him jokingly but Anuj says that it's okay.

Meanwhile, Barkha hints to Ankush to talk to Anuj about the business partnership.

Anuj says that he can join but they should ask Anupama as well.

Angry Anupama writes a note in Anuj's tiffin and says she is angry with him.

Meanwhile, Ankush discusses how he will manage things at the office and seems excited.

Barkha suggests Ankush should be the arrogant boss but GK says Anuj is far away from arrogance.

Anuj says that he takes most of his advice from GK to which Adhik smirks and says he has great advisory team members like GK and Anupama.

On the other hand, Pakhi bumps into Vanraj and gets hurt by a wooden peg, Vanraj immediately comes to take a look while Pakhi apologizes to Vanraj.

Further, Pakhi shows Vanraj the pictures from the newspaper from the Greh Parvesh Puja.

Vanraj looks at the pictures and thinks about how different Anupama and his worlds are which may affect the relationship with their children.

Further, Anuj discusses how money can damage relationships while Anupama says that he should not worry.

Meanwhile, Barkha congratulates Ankush on his new start but warns him about the outside world and getting a partnership from Anuj.

The two brothers leave for office enthusiastically while Anupama prays for a smooth start.

Further, Sara asks Anupama about her work while Anupama discusses that she has a dance academy as well as the new restaurant line.