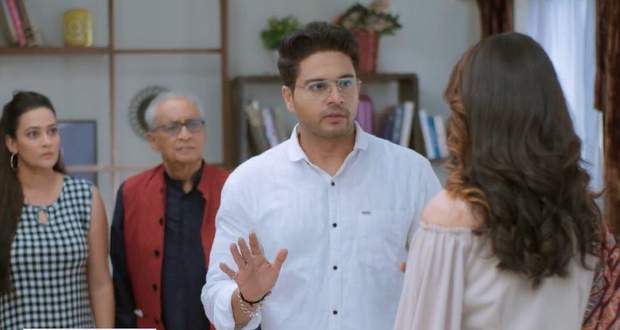 Today's Anupama 18th May 2022 episode starts with Anupama advising all of the kids to take care of themselves while she is left with tears in her eyes thinking about her marriage.

The kids tell Anupama to focus on her new relationship with Anuj by reassuring her that they will handle things at the Shah house.

Later, Anupama is dressed up by the ladies of the Shah house except for Leela.

Anupama smiles seeing herself dressed as a bride in the mirror while remembering all the hurdles throughout the journey.

Elsewhere, Anuj is also getting ready with GK and Devika's help saying that he will officially become Anupama's better half.

At the same time, Kavya tells Vanraj to attend the wedding to prove that he's not a hurdle in Anupama's life.

Later, the bride's side waits for the Baarat and they get surprised to see Anuj dance alongside the rest of the people.

However, Leela comes forward to do Anuj's aarti which shocks everyone in a good way.

Anuj happily takes her blessings and hugs her.

Vanraj overhears Anupama talking to God about her happiness in the marriage and gets upset.

Meanwhile, at the Mandap, Anuj keeps asking for Anupama and gets mesmerizing seeing Anupama's bridal attire.

Anupama slowly makes her way to the front beside Anuj while everyone is hypnotized by her beauty.

Devika says that Anupama is too shy to express her happiness while Anupama smiles mischievously at Anuj and shows her feet which have Ghunghroo on them.

Anuj recalls giving her his mother's Ghunghroo and gets ecstatic while Anupama starts dancing to express her happiness.