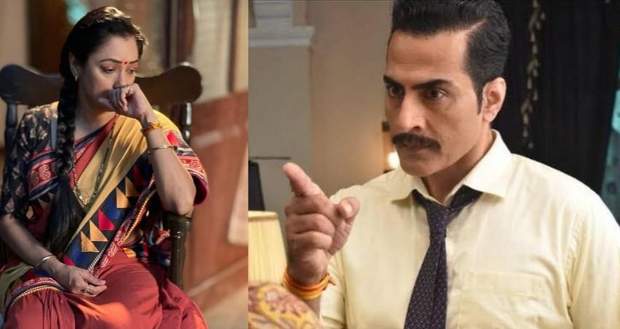 Today's Anupama 19 April 2021 episode starts with Hasmukh asking Anupama if she told Samar about the divorce while she responds that she couldn't tell him as he is celebrating his victory.

Meanwhile, Samar consoles a crying Pakhi and learns that their parents are getting divorced in two days which hurts him as Anupama didn't inform him of it.

Paritosh video calls them and also finds out about the divorce and decide to respect their parents decision.

Samar meets Nandini and she tells him about the divorce while she consoles him and they bond.

He returns home and apologises to Anupama for not noticing her sorrows and they bond while the kids hug her.

Pakhi and Samar write a letter to universe for their parent's happiness.

Later, the Shah's celebrate Samar's victory but cutting cake while Samar bonds with Anupama over their leg injury.

At night, both Anupama and Vanraj reminice the last moments and get restless.

Upcoming Anupama episode (tomorrow) update: Anupama to stand up for Dolly against Kavya.

© Copyright tellybest.com, 2020, 2021. All Rights Reserved. Unauthorized use and/or duplication of any material from tellybest.com without written permission is strictly prohibited.
Cached Saved on: Wednesday 22nd of September 2021 08:24:17 AM