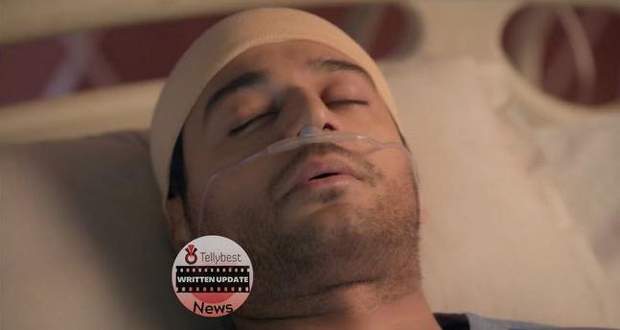 Today's Anupama 19th August 2022 episode starts with the compounders explaining the functions of the machines to Anupama and goes away.

Anupama sits beside Anuj and promises him that she’ll manage everything for him so he doesn’t have to worry. She starts with another Shayari for Anuj and tells him that she misses his Shayaris.

Anupama calls Choti to meet Anuj who suggests that they should click a photo per day and later asks her to be careful of Anuj's medical equipment.

As Anupama enters the living room, Barkha comes to her and tells her that she has called a first-class nurse to replace this 3rd class one.

She further mentions that she need not worry about business Ankush and Adhik will take care of it, and if necessary she would take over the office. She redos her words and says take care of the office.

Anupama understands well what Barkha’s ulterior motives are and retorts that she will take all the decisions about Anuj.

Anupama reminds her that tomorrow is Janmashtmi and asks everyone to celebrate it with zeal and enthusiasm.

Meanwhile, Paakhi and Adhik meet outside and Paakhi tells him that she misses him and wants them to stay together forever.

Anupama, Samar, GK, Hasmukh, and Paritosh are in the living room bickering and conversing about Janmashtmi’s preparation.

Anupama asks Samar about the function of the Smartwatch to set alarms and timers when she gets up to check on Anuj, Barkha comes to her to make her sign a cheque. She refuses to sign because Anuj was not ready to work with that client.

Suddenly GK Ji also intervenes that Anuj did tell about this to him and Barkha lashes out at him that he is just a servant but Anupama retorts back that Anuj considers him his mother and father and not a servant.

Barkha is about to say more when Anupama’s Alarm rings, she signs Barkha to stay quiet since it is Anuj’s time for medication and goes away leaving an infuriated Barkha.

In the living room, Anupama comes back and asks Barkha about the matter.

Barkha begins shouting at her and says that she and Ankush will be deciding the nurse and doctor for Anuj and put a CCTV camera in his room to know what’s going on.

Anupama is shocked, but Barkha says that she does not trust Anupama like Anupama doesn’t. She puts allegations that Anupama and Vanraj are teamed up to steal Anuj’s business.

Barkha insults Anupama and tells her to go file a complaint for Vanraj with a rickshaw since Anuj’s car keys are with her.

Anupama tells Barkha that she wants to stay in the house and then live in peace with her otherwise she’ll do what Anuj wanted to do and was about to announce after the Pooja. This quiets Barkha and Ankush.