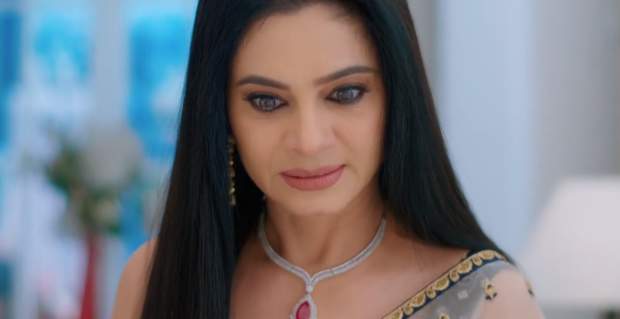 Today's Anupama 19 December 2020 episode starts with Rakhi ordering her servants to bring tea and coffee for Anupama. She wishes to get Kinjal and Paritosh married on a grand scale.

She wants Anupama to convince everyone while Anupama says Baa will forgive her. Kinjal clicks a picture of Rakhi and Anupama together and sends it to Paritosh.

Paritosh gets happy that Anupama has made everything right. Meanwhile, Rakhi pushes Anupama on the floor when no one is around.

She says that she was acting and reveals her plan of getting Kinjal back in her house. Anupama is sure that Rakhi will lose as she is also a mother.

Rakhi and Anupama challenge each other as they both wish for different things. Anupama returns home while Kinjal is so excited to tell everyone the good news.

She praises Anupama while Baa taunts her. Vanraj watches Anupama closely and gets suspicious about her demeanor.

Vanraj confronts Anupama and wants to know the exact story. Anupama doesn’t tell him anything and manipulates the topic.

Vanraj wants to know if Rakhi wants to get Kinjal and Paritosh married again. Anupama states that she has told that she needs to discuss with her family.

Vanraj warns Anupama of the expenses of the wedding. Later, Vanraj wants to be present for the meetings of the marriage as he will handle the expenses.

Samar is able to guess that Anupama is worried about Rakhi. Anupama reveals that Rakhi is still not happy.

Anupama doesn’t want to tell Kinjal and is adamant to make things right.

Upcoming Anupama episode update: Anupama wishes to get a job while Vanraj is at risk of losing his job.