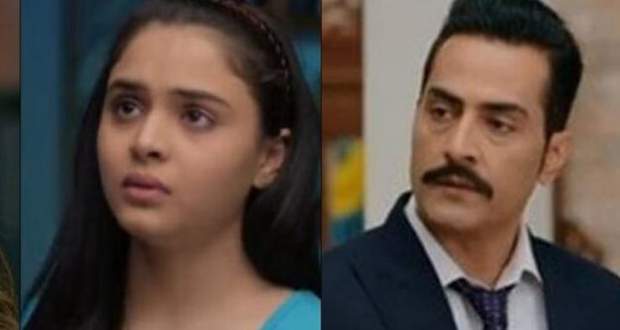 Today's Anupama 19 February 2021 episode starts with Anupama telling Nandini that she is worried as to why Pakhi is not picking up her phone since the last night.

Nandini assures her that the batter might have died while Vanraj realises that Pakhi is not home.

He starts blaming Kavya while sue suggests calling Anupama and ask if Pakhi has gone to her.

He calls her and informs her that Pakhi has disappeared which makes Anupama worried.

Meanwhile, Pakhi is seen roaming the road while Anupama and Vanraj call Pakhi's friends and ask if Pakhi is there.

Anupama is about to rush out of the house while she sees Pakhi at the front gate and hugs her.

Anupama asks her what happened while she says that Kavya and Vanraj are getting disturbed by her and goes inside.

Anupama calls Vanraj and tells him that Pakhi has come home and asks him if anything happened while he tells her that he will talk to her later.

Kinjal tells Pakhi that she shouldn't have come alone while Pakhi talks back to her.

Leela says that she has learned to talk back to people like Kavya while Pakhi gets upset and goes to her room.

Vanraj gets a call from Kavya and he berates her that Pakhi went back to her house due to her making Pakhi feel uncomfortable.

Pakhi breaks down and tells Anupama that she wants both her and Vanraj and tells her not divorce Vanraj.

Anupama cheers her up while Pakhi compliments her.

Vanraj reaches home and everyone wishes him a happy birthday while he asks for Pakhi.

Meanwhile, Pakhi and Kinjal get into an argument and Kinjal tells her that she is responsible for all her problems.

Vanraj meets Anupama and she tells him to talk to Pakhi once.