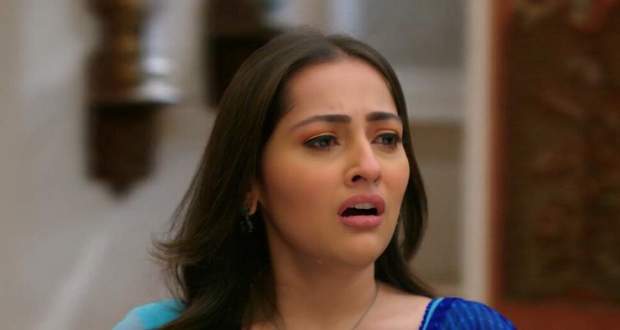 Today's Anupama 19 January 2022 episode starts with Anupama trying to explain to Samar that relationships should not be broken so easily.

She suggests Samar to work on the imperfections in his and Nandini's relationship, however, Vanraj implies that Samar should not even start such an imperfect relationship.

Anupama gets infuriated hearing Vanraj's words, she tells him that relationships do not become perfect themselves, the people in it have to work for their relationship to be perfect.

Vanraj does not listen to Anupama and tells Samar to not end up like him, he tries to manipulate Samar by telling him that his relationship will end up like him and Kavya.

Anupama and Vanraj continuously argue with each other, Anupama asking Samar to think about his relationship with a calm mind and then make a decision, and Vanraj simply wanting him to break off his ties with Nandini.

Anupama tries to remind how much Samar loves Nandini, she tells Samar to fight for his love so that he does not have regrets in the future.

Samar leaves from there and tension arises between Anupama and Vanraj, Anuj and Malvika notice this and decide to confront them.

On the other hand, Toshu advices Nandini the same thing as Anupama.

Back in the office, Malvika asks Vanraj to tell her the matter, Vanraj expresses his exhaustion in relationships and tries to emotionally relate his situation with Malvika's past.

Malvika grows emotional on listening to Vanraj's words about how both love and marriage ruined his life.

At the same time, Anupama opens up about the situation to Anuj and tells him that she and Vanraj have again reached the spot they were in the past.

Upcoming Anupama episode updates: Anupama sees Vanraj emotionally grasping Malvika with his words and tells him to stop doing that.

Vanraj asks Anupama to leave as he has to handle Malvika by himself.