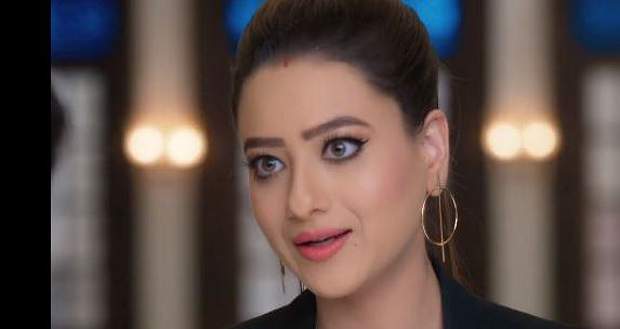 Geeta tells all her terms and conditions before starting with her daily work.

Meanwhile, Kavya instructs Geeta in front of Anupama that she just has to do her and Vanraj's work she doesn't need to work for anybody else in the house.

Later, Geeta gets delighted as Anupama offers her tea.

On the other hand, Kavya humiliates Vanraj for taking a job in the start-up company.

Afterwards, Anupama tells Kavya to maintain Vanraj's respect in front of his children as she doesn't want her children to disrespect their father.

Further, Vanraj takes the job at the start-up cafe as Sales and Marketing head.

Meanwhile, Nandini tells Samar that it won't be fair with Vanraj to start his job in a cafe as he has good experience working with a reputed firm.

© Copyright tellybest.com, 2020, 2021. All Rights Reserved. Unauthorized use and/or duplication of any material from tellybest.com without written permission is strictly prohibited.
Cached Saved on: Thursday 29th of July 2021 02:23:37 AMCached Disp on: Sunday 1st of August 2021 05:43:22 AM