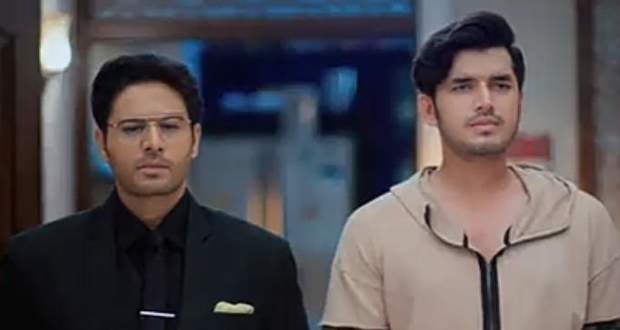 Rohan calls Samar, Anuj is relieved he’s fine but Samar ends up winding up Rohan’s rage over the call.

Further, Anupama and the family plan to have a great celebration and start practicing for the Garba dance performances.

Samar ensures his family doesn’t go to the police as Rohan blackmails him of using the evidence from the fight against him.

Meanwhile, Anuj daydreams about gifting a lehenga to Anupama but Devika tells him to gift Anupama in real life instead of in dreams.

Later, Devika takes Lehenga with her to gift Anupama on behalf of Anuj.

Anupama is overwhelmed having received the Lehenga that she fails to notice the thank you note that slips off from the gift package.

In the end, Vanraj ends up finding the note and is furious after reading it.