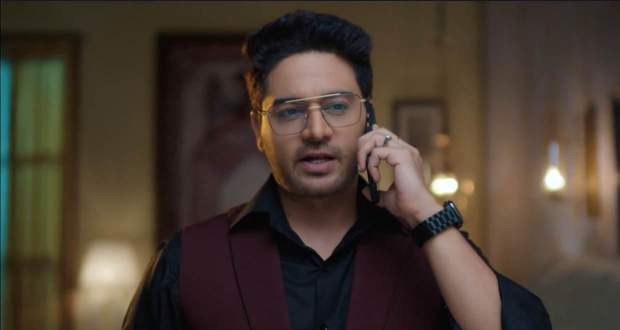 Today's Anupama 1st April 2022 episode starts with Kavya venting her disagreement with Anupama’s marriage being done in the Shah house.

Vanraj, Leela, and Toshu accuse Anupama of destroying their peaceful lives while Rakhi rubs salt on their wounds.

Leela stresses her curse and tells everyone that it will affect Anupama’s marriage surely.

Just then, Jignesh enters and announces that he is cursing Leela for cursing Anupama.

Jignesh tells Leela how her words have affected Anupama and others so she should also know the feeling of getting cursed by one’s own family.

Meanwhile, Anupama bawls wailfully thinking about Leela’s vengeful words, and questions why her mother cursed her like that.

Hasmukh replies that Leela is not her but Vanraj’s mother who does not see anyone ahead of her son.

Trying to comfort Anupama, Hasmukh tells her that Leela’s curse will not affect her in any way as she is right and has not committed any wrongs.

However, as Anupama gets taken to the room by Kinjal and Samar, Hasmukh breaks down into tears and remorse for the words said by Leela.

Jignesh comforts Hasmukh as he expresses his sorrow on seeing Leela openly cursing Anupama who has devoted half of her life to please her.

At night, Anupama decides to hold a grudge against Leela’s words and tells herself that she will marry Anuj at any cost.

The next day, Anupama prays for everyone’s happiness from the god while Hasmukh wishes for showers of blessings for Anupama.

Anupama tries to convince Hasmukh about changing the location of the marriage but Hasmukh tells her that this is redemption from his side for the behavior the Shah family has done to her.

Later, Anuj gets disturbed by the doorbell ringing and gets surprised to see Anupama standing outside for him.