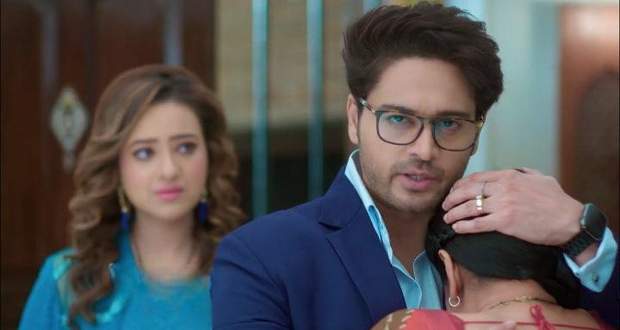 Today's Anupama 1st August 2022 episode starts with Vanraj telling Anuj to take Anupama and Anu away from the Shah family.

Anuj reminds Vanraj how he gave a job to Kavya and Vanraj, got their house back from Rakhi Dave as a favor.

He also asks Baa how can she neglect Anupama being so supportive when even Vanraj went against her for kicking out Baapu Ji.

He calls Toshu spineless as he was living peacefully in a penthouse gifted by his mother-in-law whereas his wife was not there.

He also takes a dig at Pakhi by telling that it’s not her fault solely. The entire family doesn't know a thing about growing up and maturity.

Vanraj and Anuj get into a fight and scuffle while defending their own families.

Kavya and Kinjal support Anupama but the Shah family still behaves wrongly with her and tell her to never come back here and break all ties.

Kinjal is extremely sad and upset and requests Anupama not to punish her because of somebody else’s mistakes.

Kavya and Kinjal try to stop Anupama from taking such a firm decision and ask Pakhi to reconsider her decision.

Pakhi repents that she is Anupama’s daughter and leaves Anupama heartbroken.

Anupama recalls the sweet moments she had spent with her.

Anuj tells Anupama that he is waiting for her outside and in his heart breaks all ties from the Shah’s.

Anupama requests to talk to all the females of the Shah house before leaving the house, leaving everyone boggled.

Anuj is annoyed by Shah’s behavior and rages up.

Meanwhile, Baapu Ji tells Anu a story and teaches her a lesson to always be kind towards others.

On the other hand, Anupama is extremely hurt by Pakhi’s actions and she will preserve the pain given by her.

She says no matter how much she hates her, she would never be able to hate her. Nobody can change the fact that Pakhi is Anupama's daughter.

She also apologizes to Baa on Anuj’s behalf as she considers her as her mother.

She is relaxed to know that Rakhi is going to stay here till Kinjal’s delivery and suggests her not to pick fights with Baa often.

Kinjal can’t stop crying and requests Anupama not to leave the house.

Anupama caresses Kinjal and adores her. They both share a few last minutes together while hugging each other and pouring their hearts out.

© Copyright tellybest.com, 2022, 2023. All Rights Reserved. Unauthorized use and/or duplication of any material from tellybest.com without written permission is strictly prohibited.
Cached Saved on: Wednesday 25th of January 2023 10:27:58 AMCached Disp on: Sunday 5th of February 2023 01:36:19 PM