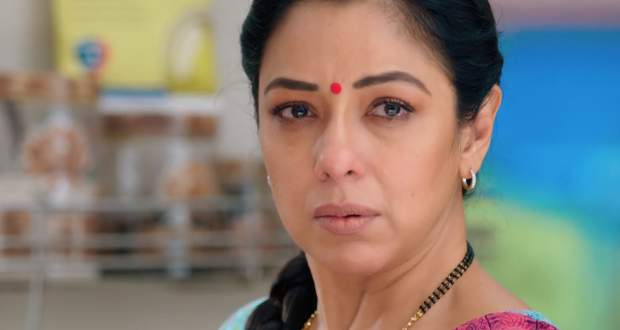 Today's Anupama 1 December 2020 episode starts with Vanraj stating that he tried for 17 years. He says he wasn’t able to communicate in his relationship and was lonely.

He blames Anupama for his loneliness. Meanwhile, Anupama praises Vanraj for being a good son and a good father.

She doesn’t want the whole family to suffer because of her. Vanraj continues to blame Anupama for his mistake and that he has done a lot for his family.

Baa blames Vanraj for the mistake and praises Anupama for her efforts for the family. She wants Vanraj to forget about Kavya and give his marriage a second chance.

Kavya gets restless thinking Vanraj might leave her for the family. Vanraj blames Anupama for spoiling everything in his life.

Baa is not happy with him blaming Anupama while Vanraj says nobody is able to see his pain. Baa points out that Vanraj won’t have liked Anupama going out.

She states that he wouldn’t have liked Anupama going out for parties. She further reminds him of his reaction when Anupama went with her friend.

Baa says Anupama couldn’t progress in life because of them. She wants Vanraj to leave Kavya and swear to her that he will break all ties with Kavya.

Baa requests Anupama to forgive Vanraj and save her family. Vanraj has told Baa to convince Anupama first to be like before.

Baa requests Anupama to console the kids and Hasmukh to save the family. Anupama is ready to give her life but she isn’t able to erase the memory of Vanraj and Kavya together.

Anupama refuses to stop Vanraj from going and states that she not even telling him to leave the house. Vanraj is ready to go and wishes to marry Kavya.

He is ready to divorce while Anupama says that she will sign the divorce papers once he sends them.

© Copyright tellybest.com, 2020, 2021. All Rights Reserved. Unauthorized use and/or duplication of any material from tellybest.com without written permission is strictly prohibited.
Cached Saved on: Thursday 28th of January 2021 03:52:37 AM