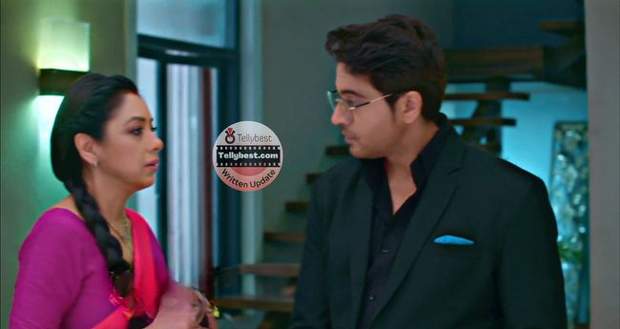 Today's Anupama 1st January 2023 episode starts with Anupama getting late to Anu's annual function as she stays back at home to cook food for Leela.

NO TELECAST TODAY DUE TO THE AIRING OF THE 22nd ITA AWARDS.

This is the so far story of the serial.

Eventually, Anupama reaches Anu's function late and as a result, she and Anu get disqualified from the competition though they get to perform.

Anuj becomes angry with Anupama and tells her that she needs to stop handling all things alone as she is taking much more than she can control.

Anuj gives Anupama an ultimatum that he will not reconsider that type of situation again from her side as there will be consequences.

After coming home, Anuj tells Leela that she cannot drag Anupama into doing her daily chores and he will stay silent about that.

Anu tries to dissolve Anuj and Anupama's fight but Anuj sends Anu on a vacation with her friend.

Everyone has something planned for New Year's Eve except Anuj and Anupama as Anuj is giving a cold shoulder to him.

Anuj leaves with Hasmukh while Leela is pissed about Anuj's words and considers that an insult.