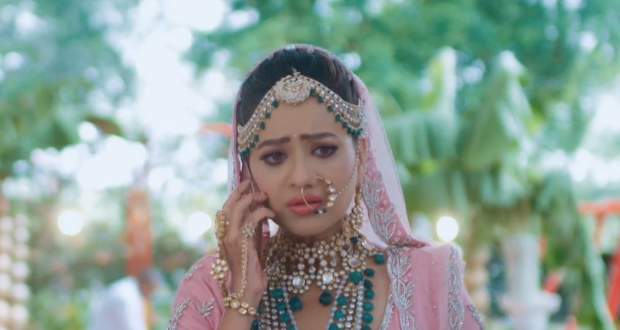 Today's Anupama 1 June 2021 episode starts with Anupama and Advait talking about marriage and leaving while she hopes that the marriage happens without any mishaps.

Meanwhile, Kavya reaches the mandap dressed in bridal attire and calls to Vanraj.

Leela shouts at her to take Vanraj with her.

Kavya starts looking for Vanraj and breaks into Leela's room to look for him.

Leela kicks her out while Kavya calls Vanraj who doesn't pick up her calls.

Rakhi instigates Kavya while Advait and Anupama plan to go to the temple to avoid the marriage.

Kavya requests the Shah's to contact Vanraj and starts blaming them for Vanraj's disappearance.

Leela starts getting worried about Vanraj while he is shown being taken out of his car with the help of the police in an unconscious state.

Rakhi instigates Kavya after which Kavya calls Anupama who ignores her calls.

However, Anupama answers her third call and scolds her while Kavya demands her to come to the resort with the threat that she will file an FIR to the police against Shah's mentally torturing her.