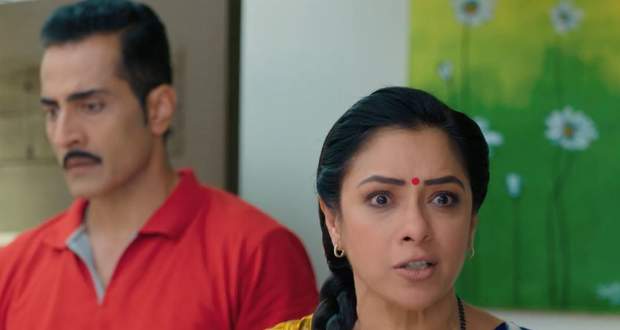 Today's Anupama 1 May 2021 episode starts with Anupama coming to the cottage and confronting the Shah family.

She talks about her death while Vanraj stops her and says that nothing is confirmed until the final reports arrive.

Anupama tells the family to not sympathise with her as she has been best friends with pain for a long time.

Meanwhile, Dr. Advait tells someone on the call that Anupama's report does not seem correct and tells them to look into it.

The family makes amends with Anupama and they enjoy while Kavya looks and fumes in anger.

She collides with Advait and he offers her a trick to relieve anger.

Vanraj apologises to Anupama while she tells him to not blame himself for it.

Upcoming Anupama written episode update: Vanraj gets into a dilemma.

© Copyright tellybest.com, 2020, 2021. All Rights Reserved. Unauthorized use and/or duplication of any material from tellybest.com without written permission is strictly prohibited.
Cached Saved on: Tuesday 27th of July 2021 09:39:38 PMCached Disp on: Wednesday 4th of August 2021 05:24:39 AM