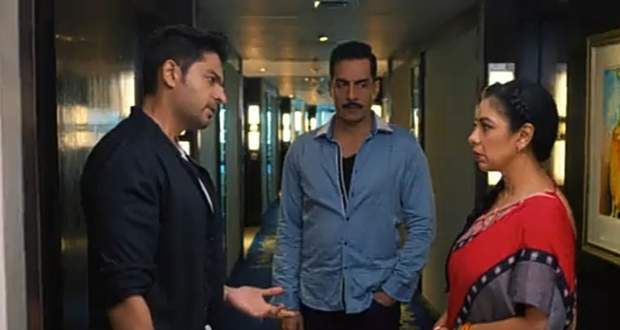 Today's Anupama 1 October 2021 episode starts with Anuj telling why he couldn't confess to Anupama and talking nonsense with him.

Meanwhile, Anupama and Kavya are on their way as Anuj praises Anupama in front of Vanraj.

Anuj again says that he loves Anupama while she is seen standing behind them.

Kavya comes there and asks her if she arranged the curd while Vanraj and Anuj keep adoring each other making them annoyed.

Kavya takes Vanraj to her room while telling Anupama to feed curd to Anuj and drop him off in his room.

Anupama manages to bring Anuj to his room and feeds him curd while he admires her and eats it from her hands.

He goes to bed and tells Anupama to go to her room.

The next morning, Leela keeps trying to call Anupama while Rakhi tells her that she came there for her money and says that she won't leave unless Leela gets in contact with Vanraj or Anupama.

Meanwhile, Anupama knocks on Anuj's hotel room and he comes out saying that he doesn't remember anything from last time.

Vanraj and Kavya also come there while Vanraj and Anuj can't remember what they were talking about the previous night.

Vanraj remembers what Anupama told him at the bar and talks to her in an insinuating way which makes her furious at him.